When I Met Ben & Jerry Dishing Out Samples in Pacific Beach 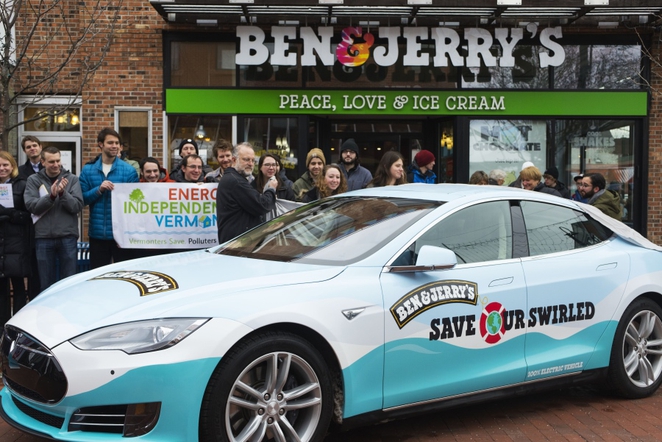 Not sure why, but this morning I was just thinking about the time in the mid-1980s when I met two hippies in Pacific Beach who were giving out free ice cream samples out of their old, blue milk truck. Their names were Ben and Jerry – Ben Cohen and Jerry Greenfield.

Ben and Jerry were/are super cool, down to earth guys, with a passion for good ice cream. Of course, their company was wildly successful and they ended up selling out to Dutch conglomerate Unilever in 2000.

It turns out that my memory of an old blue milk truck was not so accurate, but that it was a modified mobile home, affectionately dubbed the “Cowmobile”. It is worth noting that the original Cowmobile burned to the ground outside of Cleveland, Ohio on the return leg of their cross country trip and Ben Cohen noted that it looked “Like the world’s largest Baked Alaska”.

Besides making lots of tasty ice cream, Ben and Jerry’s has become famous for their support of community oriented projects and stance on environmental and political issues. I especially like the fact that they have been using a Tesla Model S to promote the brand.

Meeting Ben and Jerry at the end of Grand Avenue in Pacific Beach will always stand out in my mind as a great example of grassroots marketing by a couple of guys who were willing to do the work to reach their goals and become hugely successful.