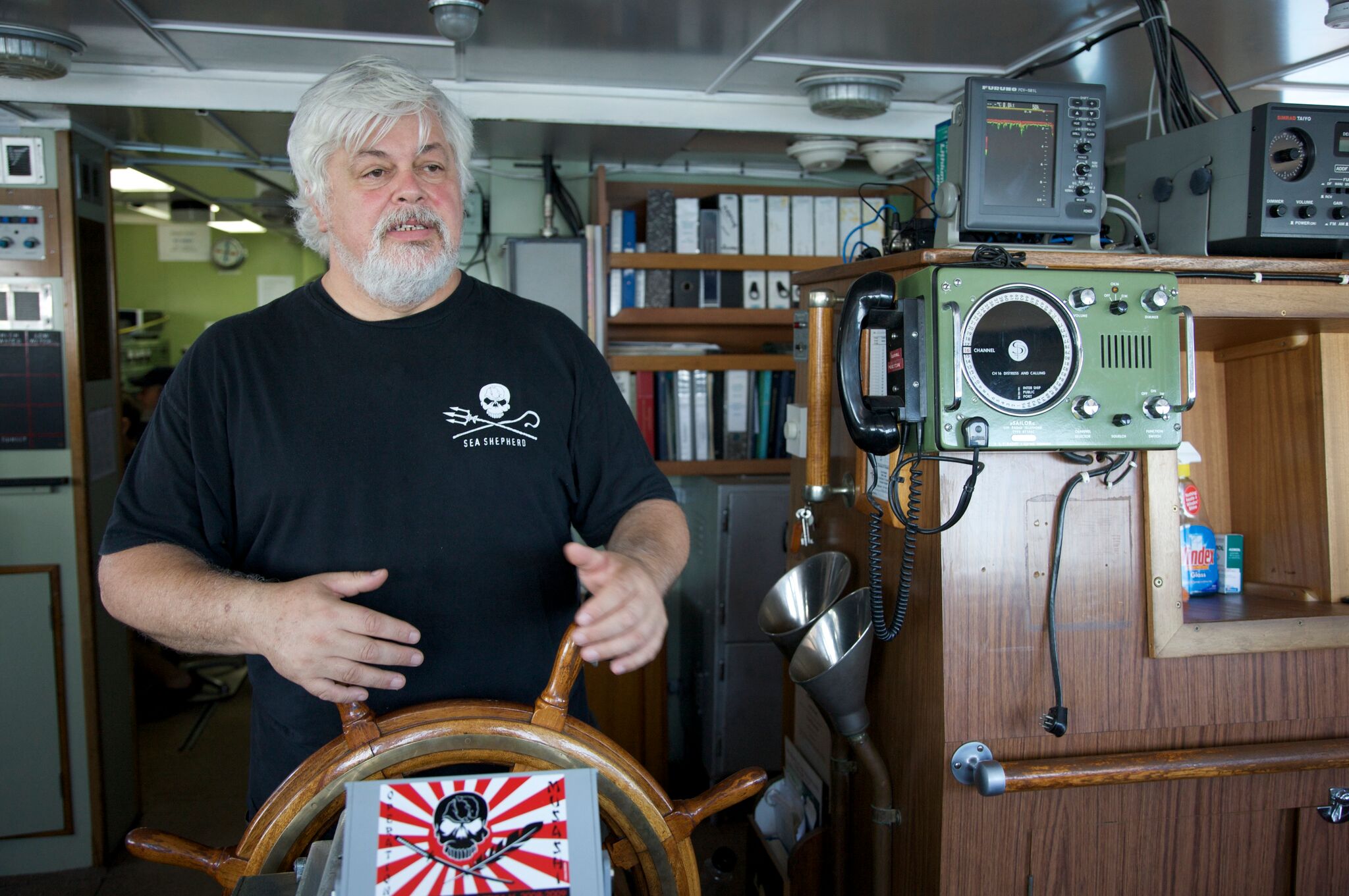 Sea Shepherd Conservation Society Founder Captain Paul Watson will be in San Diego, California, on Saturday July 28th, 2018 from 10am-2pm aboard the M/V Farley Mowat at 1492 N Harbor Drive to talk about our current campaigns that are saving our ocean’s marine life.

The M/V Farley Mowat has just returned from the most successful campaign to save the vaquita to date, Operation Milagro IV.

This is Sea Shepherd’s fourth consecutive year in the Gulf and the most crucial one yet for the vaquita. The latest official numbers of this species have dropped to less than 30, half the amount previously recorded in the 2015. With such dire statistics, the vaquita is now the most endangered marine mammal in the world.

During Operation Milagro IV the crews removed more fishing gear than all previous Operation Milagro campaigns combined. 385 deadly pieces of illegal fishing gear removed from the Upper Gulf of California, and 854 animals saved. The Sea of Cortez is one of the most biologically diverse bodies of water in the world, we are protecting a wide variety of species that live there as well as the vaquita.

Since we began having a presence in the Upper Gulf, Sea Shepherd has removed 808 pieces of fishing gear, saving over 3,000 animals.

Watson was one of the founding members and directors of Greenpeace. In 1977, he left Greenpeace and founded Sea Shepherd Conservation Society. A renowned speaker, accomplished author, master mariner, and lifelong environmentalist, Captain Watson has been awarded many honors for his dedication to the oceans and to the planet. Among many commendations for his work, he received the Genesis Award for Lifetime Achievement in 1998, was named as one of the Top 20 Environmental Heroes of the 20th Century by Time Magazine in 2000 and was inducted into the U.S. Animal Rights Hall of Fame in Washington D.C. in 2002. He was also awarded the Amazon Peace Prize by the president of Ecuador in 2007.

In 2012, Captain Watson became only the second person after Captain Jacques Cousteau to be awarded the Jules Verne Award, dedicated to environmentalists and adventurers

ABOUT SEA SHEPHERD CONSERVATION SOCIETY: Sea Shepherd Conservation Society is a non-profit marine conservation organization established in 1977 by Captain Paul Watson, a world renowned, respected leader in environmental issues and co-founder of Greenpeace. Its mission is to end the destruction of habitat and slaughter of wildlife in the world’s oceans to conserve and protect ecosystems and species. Sea Shepherd uses innovative direct-action tactics to investigate, document, and act when necessary to expose and confront illegal activities on the high seas.