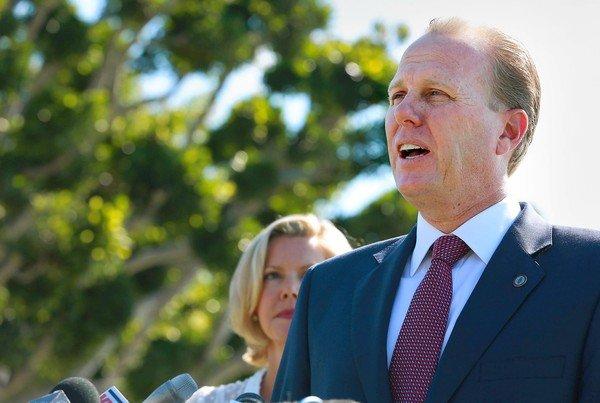 Following a rise in complaints from customers about water bills, Mayor Kevin L. Faulconer has directed staff to implement all of the recommendations from two separate independent audits of the City’s Public Utilities Department (PUD). The reports reached similar conclusions about the need for significant improvements and operational changes within the department.

The audits – one conducted by PDF icon independent City Auditor Eduardo Luna and the other by a PDF icon nationally recognized utility consulting firm – each identified that a 2017 increase in water bill questions were prompted by multiple converging factors, including higher water usage by customers after drought restrictions were lifted, scheduled water rate increases and a longer billing cycle between September and December. However, the reports also revealed that human error by multiple meter readers and insufficient quality control measures led to legitimate billing errors and customer complaints. A lack of proactive communication before the new rates and one-time billing cycle change went into effect also caused confusion.

The City Auditor’s report found the department “has processes to ensure accurate meter readings prior to billing customers” and “appears to identify and correct most reading and billing errors before customers receive a bill.” Out of approximately 1.3 million water meter bills issued in 2017 to single-family residences, only 2,750 had to be adjusted after customers received an incorrect bill, or 0.2 percent. Although the audit calls this a “very low percentage,” the effect on individual customers could be significant depending on the error. Further, PUD staff has identified that industry standards for acceptable error rates are between 0.10 and 0.16 percent.
While the audit found that “installation of smart meters did not contribute to bill increases,” the City Auditor at Mayor Faulconer’s request is conducting a separate audit specifically focused on smart meter implementation to be released later this summer.

“Our customers must be able to trust when they receive their bill that it accurately reflects how much water they use – no more and no less. These audits show that less than one-quarter of one percent of bills were issued incorrectly, but percentages don’t matter if you’re the one overbilled,” Mayor Faulconer said. “We have to change the culture of this department in order to consistently deliver the excellent service that San Diegans expect. I have directed staff to immediately begin reforming water operations by implementing the recommended changes and rebuild the trust that has been lost.”

Joined by Luna and City Councilmember Lorie Zapf, Mayor Faulconer explained the goal of each report was to develop recommendations that will ensure customers are being charged only for the water they use.
The Mayor has directed Chief Operating Officer Kris Michell to immediately begin implementing the audit recommendations, with a majority to be completed by Jan. 1. They include changes in several key areas: