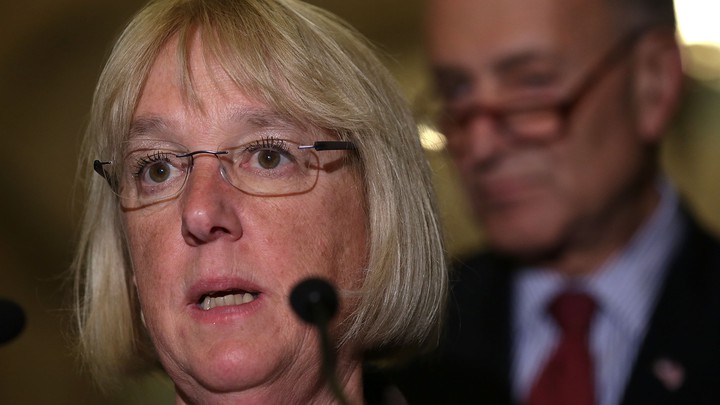 Just when all the grown ups are actually pulling together to fight a common, unseen enemy, Washington state’s own left wing Senator, Sen Patty Murray is instead calling for even more investigations of President Trump and his administration. Is this going to help the fight against Coronavirus or delay our ability to kick it’s ass? At this point in time, would more investigations be helpful to Washington state residents or actually cause them even more sorrow, loss and heartache.

What do you think about this?

Here’s the body of the article at from the Seattle Times:

U.S. Sen. Patty Murray, D-Wash., is demanding a government watchdog investigate delays and mismanagement by the Trump administration in rolling out testing for the novel coronavirus.

In a letter Thursday to Christi Grimm, principal deputy inspector general at the Department of Housing and Human Services (HHS), Murray requested an immediate investigation into the agency’s effort to develop, deploy and analyze diagnostic tests for COVID-19.

“It is clear HHS’s grave errors in managing every aspect of the testing process — from development to deployment to analysis to communication — have undermined the country’s ability to mitigate the spread of COVID-19,” Murray wrote.

Murray, who has been pushing Vice President Mike Pence and other officials for weeks over delays in testing, cited media reports that public-health experts at the University of Washington had sought approval to start testing samples for COVID-19 — but were stymied by government officials.

In a March 5 letter to Pence, for example, Murray asked for detailed information on where the government stands on test kits, including how many would be deployed, how many people could be tested — and why the government did not use a test that had been approved by the World Health Organization.

That letter gave Pence a deadline of Thursday to provide answers, but a Murray spokesman said her office did not receive any.

Editor’s note: I’m sure that Mike Pence has a lot more important things to do at a time like this – he’s not going to stupe to partisan BS like your US Senator from Washington state.

An old haole living in Paradise with two beautiful females, while learning, teaching and earning with Affiliate Marketing.