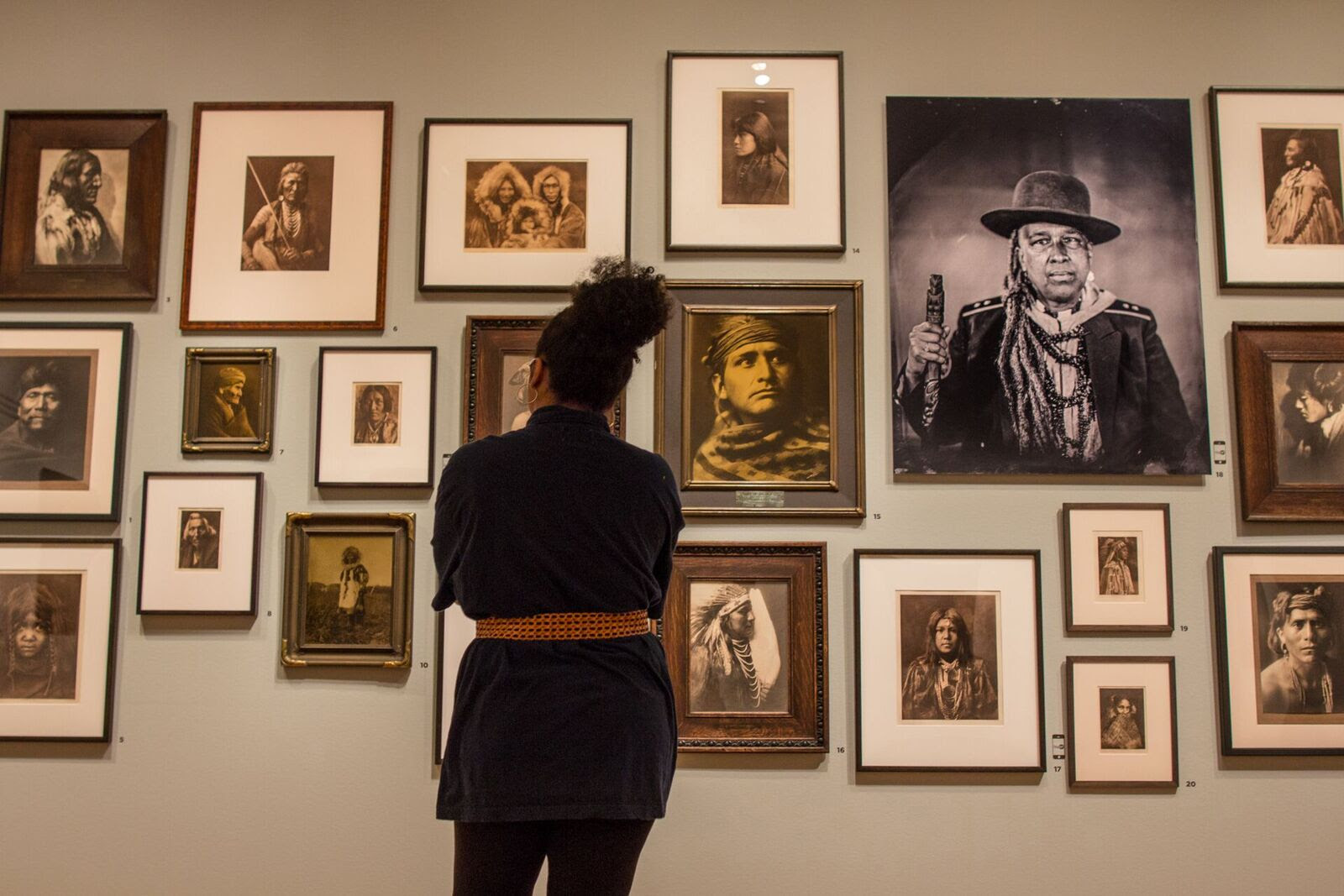 For the final weeks, visitors can attend My Favorite Things tours on Fridays and Saturdays at noon; in these 30-minute tours, Indigenous community members, artists, and educators share their perspectives on the works on view. Also, visitors can attend free Drop-In Studios held on Sundays at 11 am; these hands-on workshops feature Indigenous artists leading art-making activities.

Finally, the exhibition’s education gallery features the Post Human Archive, an interactive installation by artist RYAN! Feddersen (Okanogan /Arrow Lakes) that explores conflicts in Curtis’s work by inviting visitors to put themselves in a similar position of being documented and defined by an outside force.