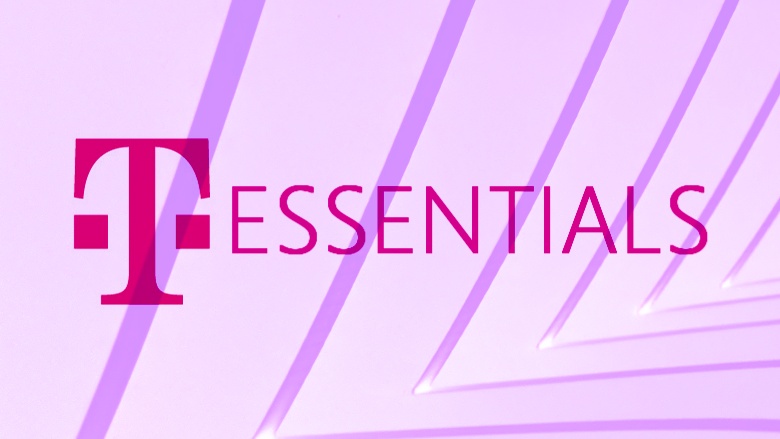 This is how it should be done. On August 6, 2018 T-Mobile (NASDAQ: TMUS) unveiled T-Mobile Essentials, a new plan designed to meet the needs of the millions more Americans now covered by the Un-carrier’s rapidly expanding network. As always, T-Mobile is listening to customers, and T-Mobile Essentials is designed for those who say they just want the basics: unlimited talk, text and smartphone data in the U.S. – all at the industry’s best price, only $30 per line for a family of four with autopay.

T-Mobile’s LTE network has tripled in size over the last three years and now reaches nearly every American! That means lots of new people in new parts of the country, many of whom just want the freedom to use their smartphone without worrying about overage penalties. They don’t plan to travel outside the country or use their phone as a hotspot. That’s who T-Mobile Essentials is for.
Of course, most people want more, and that’s why T-Mobile ONE is the Un-carrier’s most popular option, setting the bar across the industry. T-Mobile ONE has all the value and extras that most customers want – the industry’s best travel benefits, Netflix included for families, unlimited mobile hotspot and so much more – for just $40 per line, taxes and fees included, for a family of four with autopay.
“The other guys got one thing right – some customers just want the basics, but the Carriers did it all wrong,” said John Legere, CEO at T-Mobile. “They seem to be doing everything they can to turn rate plans into a hot, confusing mess. They’ve got Above Unlimited, Unlimited Plus, Beyond Unlimited, Unlimited and More…Unlimited and More Premium?! No wonder nearly half of Verizon and AT&T customers are still stuck on data bucket plans with overage penalties. The other guys make it sooo confusing! The Un-carrier wants to make it easy. Give customers the options they want … but keep it simple, stupid!”
And for power users, T-Mobile also offers ONE Plus with all the most-popular premium services like high-speed mobile hotspot (with twice the high-speed data, a total of 20 GBs, and unlimited 3G speeds after, starting August 10) HD streaming, caller ID and more – for just an extra $10 per line when you add ONE Plus for the whole family or $15 for a single line.
T-Mobile Essentials will be available in T-Mobile stores nationwide starting August 10 and starts at $60 for a single line, $30 for the second line and just $15 per line for lines 3-6, plus taxes and fees with autopay. Without autopay, it’s $5 more per line. During times and places with heavy network demand, Essentials customers may notice slower speeds than other customers. More information about T-Mobile Essentials is available right here.
Customers using>50GB/mo. may notice further reduced speeds. Video typically streams at 480p. Unlimited data while on our network. Credit approval, deposit, and $25 SIM starter kit may be required.