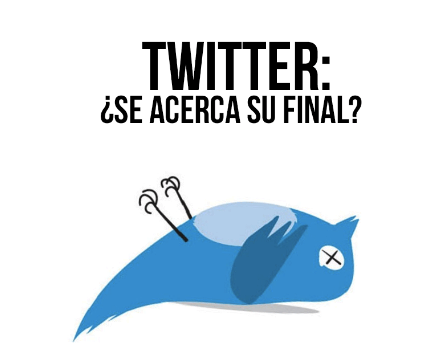 After over a month after being banned on Twitter, Facebook and Instagram, I am still in shock that these Big Tech Companies are being allowed to censor Americans. They are literally telling people what they should think and what they can say – and getting away with it. Hopefully not for long.

While it’s easy enough to avoid the phony Facebook and Twitter platforms, not using Google products has proven to be a bit more problematic.

I have to admit that it hurt when Twitter first “permanently suspended” all of my accounts. Some of them I had been using almost since the beginning of Twitter and had some decent numbers and reach behind them.

After all, I was one of the first people to start teaching business people about Twitter and Facebook through our Social Media for Business events – including the first ever held at Microsoft’s main campus in Redmond, Washington. At one point, we were even holding weekly “Tweetups” and “Tweet and Eat” events. If I had only known what they were to become ..

Even though I did use Twitter as a way to communicate and sometimes get my ‘news’, it never really did help me much. I never made any money from it and I don’t think that I ever actually felt better after perusing the lies and hate that get tossed around there. In fact, I cannot tell you how many times that I was called a racist or Nazi on Twitter by ‘someone’ who knew virtually NOTHING about me.

Facebook was a bit different for me. It didn’t always make me feel better, but occasionally I could contribute to a friend’s cause, or congratulate my online and sometime IRL friends and family – or even give them encouragement when they needed it. Sometime I even got or gave some awesome deals on Facebook Marketplace. It could be fun.

BUT the dark side of Facebook, even before their censorship started flaring up like a bad case of hemorrhoids, was that I was constantly being attacked for being a supporter of our President and promoter of our GREAT County. Sometimes it was rather vicious – and rarely kind at all. Often the hate came from people I actually knew, had spent time with and had previously enjoyed.

Facebook’s censorship started out in a strange way, with their “fact checkers” putting statements on some of my posts. Before long, they were simply deleting posts that they did not agree with. After that, they just decided to “deactivate” my account for no cause and with no warning. Strange that it happened less that a month before the 2020 US Presidential Election.

I’m still working on extracting myself and my life from the world wide web of Google including Google search, Adsense, Gmail, Google Calendar, Google Analytics, Google Voice, YouTube and much more.

They’ve great reduced the amount of traffic that they allow to most of my websites and as a result, the income I am able to realize from ad revenues.

In fact during a recent period of weeks when I was not posting at all, Google Adsense has been sending me daily “reports” entitled “Google Publisher Policy Report” which is supposed to give me an overview of recent activity related to violations found on specific pages of your websites.

These reports go on to state:

But still the same, I am not able to learn ANYTHING from these reports, except that Google did not like something I posted weeks ago – and is going to do everything they can to punish me for it.

Well, the bottom line is that I have started using a different search engine full-time (I am now using Duck Duck Go – which gives me more referral traffic on many of my sites than Google does).

I am certainly spending A LOT less time on social media sites – including NONE on Twitter, Facebook or Instagram. I just don’t think it is a smart thing to continue to help these Big Tech companies grow and gain even more influence on our American way of life. I will go further to say that I think it is extremely short sighted to allow these companies to continue censoring Americans. Personally, I will not tolerate it or play their games.

In the end, there are a number of new sites and platforms that are vying for our time and attention – including Parler, WT Social, MeWe, and more. Most of these platforms appear to be trying to take advantage of Big Tech’s censorship and their “terms of service” and are simply trying to cash in.

Excuse me for being gun-shy, but I really don’t want to spend the next years of my life helping to build a platform, only to be censored if I happen to say or believe in something that they do not agree with.

In the meantime, you can find me on LinkedIn where I have over 22,500 connections and continue to attempt to find employment – or on any of the 20+ websites that I (sometimes) maintain.