Where Is Q? What’s Going to Happen on July 22nd? 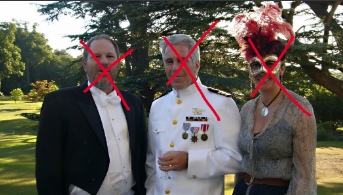 I have not seen it asked on the boards or on social media – but fellow QAnons must be wondering “Where is Q?”. The Q Team has not posted in over 10 days now – since July 2. That post (pictured below) was a link to a tweet from Goodable which has since been deleted and a semi-frequently posted reminder to “Have faith in Humanity.”

The tweet from Goodable was a video in which a young girl was thanking her deaf Postman in sign language. There is so much good in this world, we should have faith in humanity, but at the same time, condemn evil.

Again, I have not seen anyone ask the question on any boards or social media, but where is Q? Is Q just simply taking a break after the HUGE news that accused child trafficker Ghislaine Maxwell has been arrested (and is scheduled to make a bail appearance in court or via video tomorrow morning). I have heard some chatter that something big may be happening on or around July 22nd, including us getting to hear from Q again – but again, that could be ‘disinformation’ . I guess that means that the only people who really know are Q and the Q team. Go Q Go!

Since those of us who follow Q, are labeled by the mainstream media (MSM) as “far right wing conspiracy theorists”, I’m very surprised that there hasn’t been a lot (none that I’ve seen) of speculation on why Q has not been posting and what they may be up to. Patience is key and unfortunately, I simply don’t have much. So – I must ask – Where is Q?

Cannot wait for The Great Awakening and for people to start healing. Where We Go One, We Go All – World Wide. In the meantime, Be Kind, Be Prepared and Love Everybody.