The Real Reason MSM is Screaming About QAnon 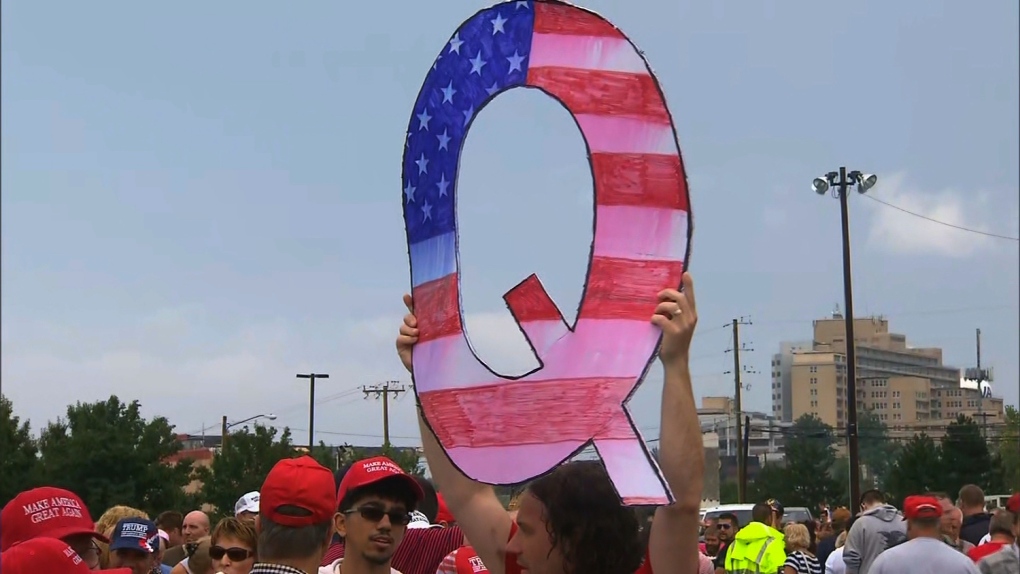 MSM or the main stream media, aka fake news or lame stream media has really screaming about the Q Operation or QAnon lately. They all call Q and QAnon “a far-right wing conspiracy theory” and attempt to dismiss it without doing any research. They haven’t dared ask President Donald Trump if he believes in QAnon – or if he knows who Q is.

Besides attacking President Trump for everything and anything he does, things that he doesn’t do and thing that they make up that he does, MSM (including CNN, MSNBC, New York Times, Washington Post, Los Angeles Times and even Fox News) spends A LOT of time attempting to discredit the rapidly growing Q movement in the United States and around the world.

An increasing number of Americans are beginning to see through the tricks of the ‘media’ and corrupt government politicians. We realize that what we have been told was a Global Pandemic with the Chinese Corona Virus, is a really a plandemic designed to mislead and control people. While many unfortunate people are still scared like the media is telling them to be and complying with ridiculous governmental mandates, many, many more are seeing through the globalists scheme – and refused to be controlled.

There are several interesting things about the Q movement or Q operation as it is known to many Q ‘de-coders’.

1) QAnon is a very welcoming and inclusive group. Q followers generally accept people from all walks of life – no matter race, creed or religion – although we’re generally suspicious of humans who “identify” as anything but a man or a woman. Q followers do not play identity politics – that was Treasonous Barry’s game with his husband Mike.

2) QAnons love America. Just like President Donald Trump, Anons absolutely LOVE America. Wherever you see Q, you will see a lot of American flags – even around the world.

3) QAnons abhor crime and violence – and are anti-war. While recognizing and supporting the right of peaceful protests and assembly, Anons almost always decry rioting, looting and any type of violence. QAnons are all about Law and Order and Rule of Law. Just like President Trump, Anons want a peaceful world and actively support peace and not war – unlike the Deep State that is continually attempting to draw America into World War III.

4) Most QAnons support President Trump. We don’t all like Trump as a person (although many really do), nor believe everything that he says or agree with him on every point. BUT almost all of us respect President Trump, the work that he does and the constant abuse he is taking from the media, crazed left and the many never-Trumpers.

5) Anons like to think for themselves. Followers of Q actually enjoy reading the ‘breadcrumbs’ left by Q in the Q Posts – and trying to figure out what it really means. Often Q Posts refer to events in the past or help explain what is going to happen in the future. Many Q proofs are shown by Q posting about things that actually happen at a later time …

Regardless of what you know or think about Q or QAnon – it’s impossible to argue that the movement is not gaining steam. Those in the movement are certain that there is a reason that MSM and certain government officials are always trying to discredit the movement.

Could it be because Anons are finding out A LOT of information about the treasonous spying activity and shadow government of the Barack Obama administration – and are demanding further investigation and prosecutions for the crimes committed during ObamaGate?

Could it be because Anons are seeing through the corrupt DNC’s bait and switch plan with Sleepy Creepy Quid Pro Joe Biden?

Could it be that Anons are constantly digging up dirt on the Deep State and are helping to take away it’s power?

If you are not aware of Q or QAnon and are interested in learning more, Q Posts can be found at QAnon.pub and Q posts and decodes can be found through QMap.pub.

Would love to hear your thoughts in opinions in the comments.