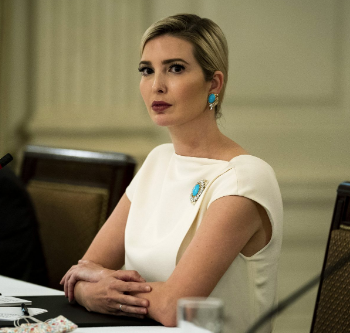 CNN must not even care about Americans. At least “average” Americans. The don’t want to report any positive news at all – in fact that gloss over the face that DESPITE the Covid-19 virus and it’s ill effects, the jobs reports lately are improving tremendously – in fact setting records, CNN wouldn’t want to create a conversation, allowing for free thought. No. CNN wants to tell you what to think, without considering the benefits of open, (Non-violent) discourse.

CNN does not want to focus on the positives. It does not want to even say, let alone promote the fact that we are testing more Americans for Covid-19 and getting A LOT more positive tests, BUT the percentage of those hospitalized or dying is getting smaller and smaller. Especially when reporting tactics are investigated and corrected.

MSM is general wants to ignore all the great work being done on reducing child trafficking and pedophilia. CNN is in on this omission quite a bit. But is CNN and MSM actually in on it, part of the problem and fighting to go down.

CNN does not want to look with a positive eye with anything that has to do with Trump, his family or his staffs, fans and loyalists. Of course not. It would just give even more momentum to the Great Awakening.

Just today Ivanka Trump was reported on at CNN and they basically made fun of her great ideas to help Americans choose and get trained for different employment. This Find Something New initiative is just what a large number of our citizens need right now. It’s setup the same way as Ivanka’s father President Donald J. Trump – she announced this new jobs program with a round table featuring many business leaders from different employment sectors, including Apple CEO Tim Cook. But CNN could not even look at the benefits of this really great program!

CNN is definitely Not Alone – just look at the headlines on other MSM outlets:

Most of the hurt and anger out there, all over America that cannot directly be attributed to MSM and Fake News is caused by every day citizens not understanding what it going on. The confusion can make almost anyone scared and unsure of their future, as well as that of their families. That can definitely be scary. We all need to be compassionate for everyone and help them through the change of consciousness. A little love goes a long way. A LOT of LOVE heals.

All or most media that is consumed these days, could be improved – with more truth, timing, possibly explanation and positivity. But they don’t want you to think. At all. They actually view it as their “job” (mission) to tell you what to think.

The following is from the CNN news site today
– Does it seem fair to you?

(CNN)(slightly edit 1st paragraph) Four months before the presidential election that the powers that be will do anything and EVERYTHING to keep from going down, er, I mean lose the election with Hiden Joe Biden as the best they could come up with. They are pulling out all the tricks.

Aimed at helping unemployed Americans find new careers, the initiative launched Tuesday with a virtual roundtable hosted at the White House featuring Ivanka Trump and business leaders, including Apple CEO Tim Cook, and a reveal of one of the ads, a 30-second spot with a handful of people telling their employment stories.

“Now, as a result of Covid, people need to, unfortunately, in some cases learn a completely new skill,” said Trump on Tuesday during the launch. “But that is also an opportunity to be put on for a new trajectory for themselves and their lives and we want to facilitate that connection back to the workforce and make it as smooth as possible.”

“Find Something New” was swiftly criticized on social media, most vociferously for its title, which can be interpreted as too simplistic a catchphrase to describe the unemployment meltdown happening for millions of Americans as a global pandemic continues to ravage physical and financial health.

The nation has gone through an unprecedented economic meltdown in recent months, triggered by governors’ requiring residents to stay at home and non-essential businesses to close to slow the spread of the coronavirus that has killed more than 130,000 Americans. A record 20.5 million people lost their jobs in April, by far the steepest and most sudden decline on record.

Though employers brought back millions of workers in May and June as the nation began to reopen, the economy is still down nearly 15 million jobs since February and more than 1 million people file for first-time unemployment benefits each week.

A new round of layoffs may be in store as many states are forced to pause or reverse their plans to reopen amid the fresh surge in cases. Plus, multiple retailers and other companies have recently announced store closures, filed for bankruptcy or warned that major downsizings could lie ahead.Ivanka Trump defended herself via Twitter, responding to one critic: “I suggest that you visit http://FindSomethingNew.org. This initiative is about challenging the idea the traditional 2 and 4 yr college is the only option to acquire the skills needed to secure a job. This work has never been more urgent.”This is not the first time Trump has been publicly lambasted for being out of step with the mood of the country.

In April, while tweeting US Centers for Disease Control and Prevention guidelines for people to stay home as the pandemic spread, and during a non-essential travel ban set in place for Washington, DC, Trump went to her family vacation home at the Trump National Golf Club in Bedminster, New Jersey.

Over the July 4 holiday, Trump posted on her social media for people to be “safe & responsible,” and “follow state & local guidelines to keep you & your loved ones safe,” reminding to social distance and wear masks. However, that same day, her father hosted a large celebratory event in South Dakota at Mount Rushmore, where there were no social distancing precautions and hundreds in the audience did not wear face coverings.

The “find something new” ad campaign, a product of the American Workforce Policy Advisory Board, which Trump created in 2018 and co-chairs with Commerce Secretary Wilbur Ross, is additionally supported by the AdCouncil and corporate sponsors.

An accompanying website directs people towards other avenues of work interest, exploring options and checklists for training, challenging unemployed Americans to “find your path.”

Trump has of late championed non-college and university job programs, promoting instead vocational, technical jobs and trades. Trump herself is a graduate of University of Pennsylvania’s Wharton School of Business.

She has also had different jobs, though none in the political sphere prior to assuming her post as a senior White House official under her father’s administration. Trump has been a model, a clothing and footwear designer, a high-end jewelry designer, an author, and an executive at the Trump family hotel business.

Publisher’s Note: If you want to take advantage of this great opportunity to Find Something New and secure training for a new career just visit FindSomethingNew.org.

BTW – I decided over 3 months ago that I am going to find something new to do and am currently working on flipping houses, blogging, following Q, researching bunker homes and training for a tech industry with huge demand. A couple things to make money, a couple for education, and a couple for fun and family. What are you doing to prepare for after The Great Awakening?