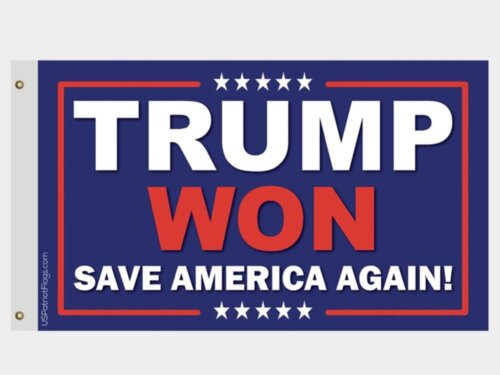 Babylon Bee is reporting that US Resident Joe “China Joe” Biden is tired of being used as a puppet by Obama, Soros, the Rothchilds, Pelosi and his wife to destroy America and screw up the entire planet. Despite occupying the White House for the past 8 months, Biden has told his advisors that he sincerely regrets his role in stealing the 2020 election and that he is ready to publicly admit that Trump Won, by personally hanging a huge Trump Won banner outside the White House.

Even though the fake President is rarely aware of anything, he is very aware that he is in an extremely bad situation and is trying to find a way out. His advisors have said that he wishes he could go back to his extremely easy life of taking payoffs, instead of orders. He went on to explain that before being forced to not campaign for President, he and his family made A LOT more money and he didn’t have to get propped up in front of the media a few times a week. He also missed not being able to sleep in until noon every day – and the tasty pudding his wife Jill keeps stocked up in their basement bunker in Delaware.

According to the story from the Babylon Bee: After realizing that being the President is really hard, and he was never really that excited about it anyway, President Biden decided to go ahead and just hang a giant ‘Trump Won’ sign out of the White House window.

“Listen, folks—fair is fair,” said Biden. “Trump won this thing. Yeah, I cheated on the election, but that was, like, nine or ten months ago. Gimme a break folks!”

So thankful for the always truthful reporting of the Babylon Bee, which is so much more accurate that the bought and paid for MSM (main stream media) like CNN, NY Times, LA Times and Fox News.

Real US President Trump: Everything Woke Turns to Shit