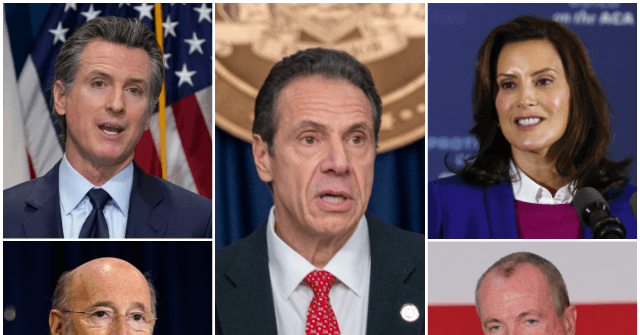 A lot of crazy, almost unbelievable ‘stuff’ has been happening lately. The global Covid-19 “Pandemic”, which many believe was a planned, “Plandemic” has certainly changed life as we knew it – probably forever.

One of the biggest reasons that people believe that the Chinese Virus, as President Trump called it, was planned is because of the differences in the ways that it was handled between political parties in the US and worldwide. Here in the US, the “blue” states run by liberal democrats instituted the toughest and most tyrannical shut-downs. Many people lost or were forced to quit their jobs. Many, if not most, businesses – were forced to shut down – lots of them forever.

The Governors of some of these states showed up for their citizens as dictators. Instead of giving their people the freedoms of choices based on real science, they became unnecessary tyrants, dictating to formerly-free Americans what they could and could not do – sometimes going so far as to say when they could do it. Far too many of us submitted to the “orders” of these tyrannical Governors refusing to think and act like the free people we are – or at least used to be. Even after many of the rule makers (Gavin Newsom and Nancy Pelosi here in California) refused to follow their own rules, many of us have continued to act like the “sheepeople” that both Democrats and Republicans have gotten used to calling each other.

Governor Andrew Cuomo from New York and his brother Chris “Fredo” Cuomo from the fake news CNN, aka Chinese News Network, joked around on the MSM leading and Trump-bashing CNN about the pandemic – even after Fredo was caught breaking quarantine and his “Love Gov” brother was accepting television awards and writing a book about his “awesome leadership” during the pandemic.

California Governor Gavin Newsom overstepped his power, basically shutting down the entire state – including the beaches for an extended period of time. Newsom, who is currently facing recall, also failed to obey his own orders – he has been caught dining out at fancy restaurants, while other restaurants were forced to remained closed due to his rule.

At this point, it is still very unclear how many businesses have been forced permanently out of business by the actions of these “liberal, democrat” governors in blue states. Millions of people in these states are still dependent on government handouts and do not know if they will ever have jobs to go back to. Let’s not even get into the damage it’s done to millions of children who have not been allowed to go to school – we’ll save that conversation for another day.

After all the damage done by these liberal demoncrat Governors in blue states, it’s hard to feel sorry for them when their own people begin to turn on them.

Cuomo is all but done in New York, as his handling of the Covid crisis in regards to sending Covid-19 positive patients into nursing homes is under investigation. Add that to the now 8, EIGHT claims of sexual misconduct against him and his own party calling for him to resign, it cannot be long now before he does. But he should not get off that easy. Even though it was not long ago that the fake news main stream media were celebrating Governor Cuomo and giving him awards, he needs to be prosecuted to the full extent of the law.

It even looks like the usually progressive population in California is tired of Newsom’s tricks. He’s of course trying to deflect it and blame it on “racism”, but Californian’s are sick of Gavin’s “rules for thee, but not for me” policies. Instead of actually looking out for the citizens, their jobs and businesses, he’s been busy making secret billion dollar deals with China and giving away tax dollars to criminals and illegal immigrants. He’s also become deaf, dumb and blind when it comes to bumbling Joe Biden inviting people from all over the world to surge our border, come on in illegally and take even more of American taxpayer’s money. Californians deserve better and less corrupt leadership and they are beginning to realize it. If the recall vote is in any way fair, they will get their wish and he will soon be recalled. Still the same, Governor Gavin Newsom and his Billion Dollar Chinese mask deal needs to be investigated. Did he indeed get a kick-back or benefit in any way? If so, he should also be prosecuted to the fullest extent of the law.

It’s really difficult to feel sorry for these tyrannical dictator governors who have willfully hurt so many of our fellow Americans. And it’s really very entertaining to see them turned on by their own – as well as the liberal, fake news, main stream media like CNN, New York Times and Washington Post.

It makes one wonder who will be next to be taken down by their own party and MSM? Could it be wicked Whitmer from Michigan, slimey Jay Inslee from Washington state – or, my pick, stumblin, bumblin, Joe Biden. It’s about time that the DNC get rid of their tool – he has outlasted his usefulness.

Just one more thing: Last week Biden’s Whitehouse fired several staffers for past pot use. Their ever-unpopular VP Kamala Harris, who could not even get 1% of the vote in democratic primaries, has admitted (bragged?) about smoking weed. Any chance that is an attempt to set up a chance for Nasty Nancy Pelosi to push for her own insurrection and installation as the Queen of the United States?

Enemy of the State: Liz Cheney – TDS Takes Down Another RINO