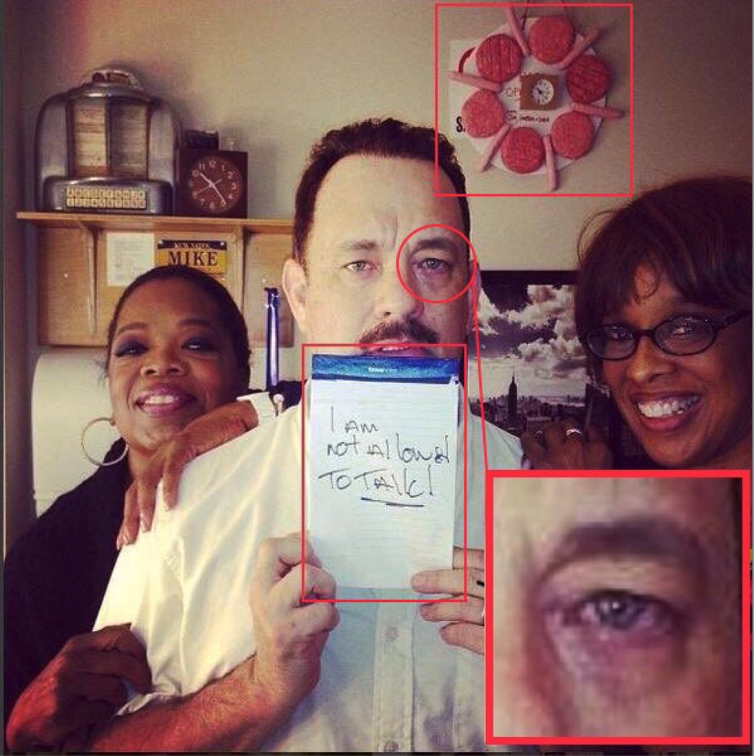 Are Oprah Winfrey’s Connections with Jeffrey Epstein and Harvey Weinstein and others Dragging Her Down?

There is no denying that for some time, Oprah Winfrey has been one of the most powerful women in the world. She has has A LOT of influence on people through her tv shows, O magazine and Harpo Productions, her multi-media production company. Having a book recommended by Oprah basically makes an author a best seller overnight. Some people think that Oprah played a great part in getting Barrack Hussein Obama elected as the 44th President of the United States of America.

A LOT of people really look up to Oprah and the empire she has built. But did the way that she built it and the associations that she made along the way give someone else power over her?

Should Oprah be worried about what the recently arrested Ghislaine Maxwell might say about her? Or certain evidence she may have and might share with the authorities?

Apparently Oprah Winfrey is afraid of something – or someone – or maybe she has other plans. There is a lot of gossip going on around the world that Oprah has been arrested for operating a world wide child trafficking ring and is currently on house arrest, wearing a home monitoring device and waiting trial.

The official Oprah narrative at this time is that Oprah is afraid of COVID-19 or the Chinese Coronavirus. According to The Daily Mail, Oprah has cancelled all of her plans through the end of 2020. Sounds like she is planning to be busy with other things out of her control …

Even before the allegations of Oprah’s connections with Jeffrey Epstein, the Lolita Express and Pedo Island, Oprah was needing a great deal of damage control due to her relationships with other powerful people. It is well known that Oprah was a friend and looked up to the now disgraced movie producer and now convicted sex offender, Harvey Weinstein. It is rumored that Weinstein copped a plea deal and is telling all he knows about potential sex and drug trafficking in Hollywood, entertainment and around the world. Harvey Weinstein’s plea deal cannot be helping Oprah sleep any better at night.

Another questionable connection Oprah has had is with a guy called “John of God”. Oprah is know to have called John of God her mentor and featured him on The Oprah Winfrey Show at least once. According to Wikipedia, João Teixeira de Faria (born 24 June 1942), known also as João de Deus (John of God), is a Brazilian purported medium , “psychic surgeon” and convicted sex offender.[1][2] He was based in Abadiânia, Brazil, where he ran the Casa de Dom Inácio de Loyola, a “spiritual healing center”. He has received media coverage on CNN, ABC news and the Oprah Winfrey show, amongst others.

From Buzz Feed news: John Of God Was Once Hyped By Oprah. Now He’s Accused Of Abusing Hundreds Of Women.

Back in 2007, Time Magazine had a story titled “Oprah Scandal Rocks South Africa“. The article discussed “a plague of sexual abuse” in South Africa, centered around a school that was set up for disadvantaged girls by Oprah Winfrey.

In 2009, Oprah’s school was rocked by a 2nd sex scandal, as reported by NBC News.

Oprah, besides cancelling all her activities “outside her gates”, has also been busy attempting to quell the rumors that her Florida home had been raided and she had been arrested on sex-trafficking charges. The MSM or main stream media has all been putting up cover for Oprah, publishing far and wide her claims that the rumors are all fake and come from the far-right wing conspiracy group QAnon.

There are definitely a good number of “conspiracy theorists” who follow Q and QAnon, but many of those who have been learning about Oprah’s friendships with convicted sex offenders and other “coincidences” know that there are no coincidences.

Update: Apparently there is an ongoing investigation into all air traffic into Jeffrey Epstein’s Pedo Island – and Oprah’s jet flew in and out of there at least 11 times …. #sad

How to Steal An Election in the United States of America

CNN: Hospitalizations are getting out of control as US cases surge – Now You Can Comment on Posts from CNN

It simply doesn’t matter how much you dig up on Oprah Winfrey. The only thing that is going to stick is her final judgement before God. She has led so many women into a relationship that is so wrong. They feasted on everything she proclaimed, and they did it willfully. Money can and will buy the silence that is golden in this case. Nothing is ever going to become of this, guilty or not.

I really hope you are wrong about this – and that everyone who is involved with trafficking children are indeed brought to justice.