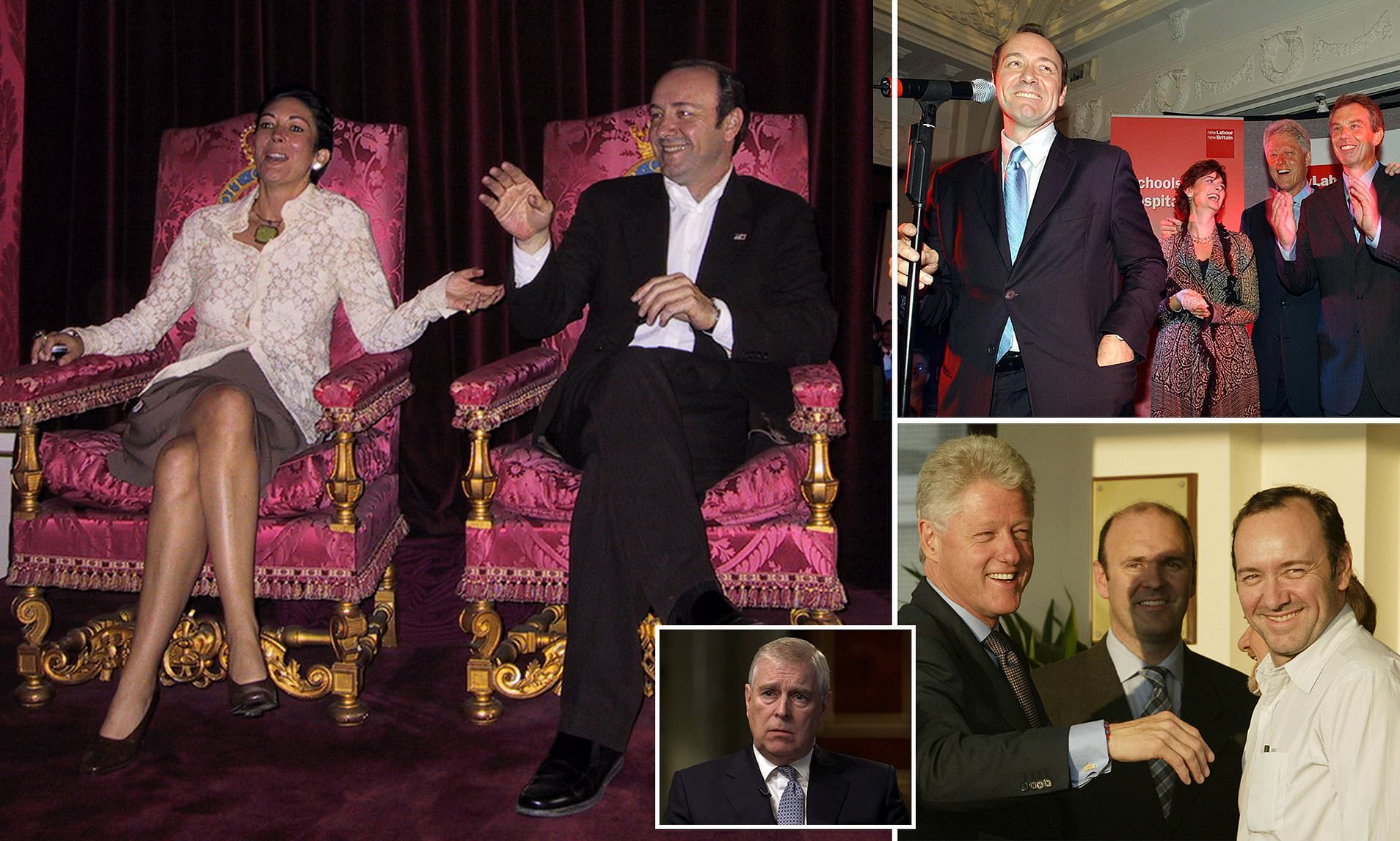 As noted in an earlier post, the now disgraced actor, Kevin Spacey has been listed among those on the flight logs of the deceased Jeffrey Epstein’s Lolita Express jet that took passengers to Little Saint James Island, aka Pedo Island.

Kevin Spacey is known to have flown in high (albeit disgraced) circles, being friends with former US President Bill “Slick Willie: Clinton and Prince Andrew (Randy Andy), Duke of York. A now world famous photo shows him and accused child trafficker Ghislaine Maxwell posing while sitting on the thrones of Queen Elizabeth and Prince Phillip.

At one point, it seemed like Kevin Spacey was on top of the world. He played the lead character, Frank Underwood, in the hit series House of Cards. Spacey’s character was a fast talking, no morals congressman who would stop at nothing to become President of the United States. Through 5 seasons of lies, deceit, corruption and murder Underwood finally reach the position of Commander in Chief – only to be written out of the series after the first of many highly publicized allegations of sexual misconduct against Spacey.

Since that time, there have been many, many people come forward accusing Kevin Spacey of sexual misconduct – which apparently can be very bad for the accusers health: three of Spacey’s accusers died under mysterious circumstances in 2019 alone. One of these now deceased Spacey accusers was Ari Behn, who died by ‘suicide’ the day after Kevin Spacey posted a very strange video on YouTube entitled KTWK or Kill Them With Kindness.

It’s beginning to seem like Kevin Spacey may have picked up some tips, or assistance from his buddy Slick Willie. And not just on Jeffrey Epstein’s Pedo Island, but perhaps on how to keep people quiet.

Let us all pray that the complete truth surrounding Kevin Spacey, Ghislaine Maxwell, Jeffrey Epstein, Pedo Island and government corruption comes out and everyone is forced to pay for their crimes. The rumor is it’s gonna happen – and cannot be stopped.

[…] appears that the liberals who have controlled our great country for decades are afraid that their House of Cards is tumbling down. Their corruption, dirty tricks, backroom deals, illegal spying and treasonous […]