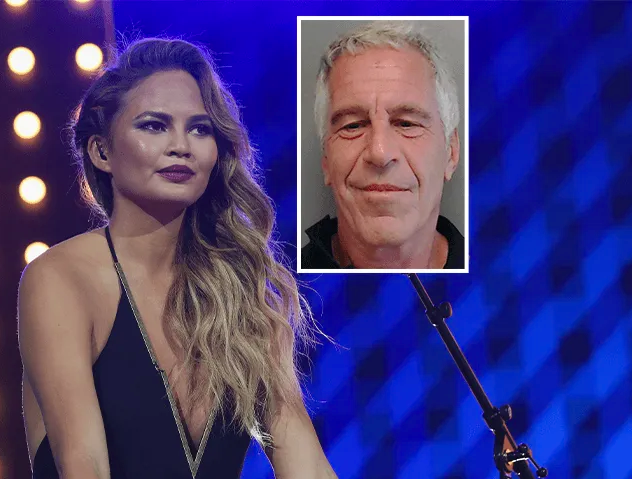 Yesterday’s post about the Obama Scandal: Awarding Medal of Freedom to Creeps and Suspected Pedofiles included a graphic which was a partial list of people who had reportedly flown on Jeffrey’s Epstein’s “Lolita Express” jet to his private island of Little Saint James, also known as Pedo Island.

It’s very interesting to note that the list of people visiting the late Jeffrey Epstein’s Pedo Island includes A LOT of people who absolutely HATE President Donald J. Trump. This list includes many people who are very loud in public about their hate for Trump. Could this correlate with the saying that “those who scream the loudest, have the most to hide”?

Among the “A-Listers” on the reported list of visitors to Epstein’s Pedo Island were former “super model” Chrissy Teigen and her husband John Legend, who happen to be friends with former US President Barrack Obama. In this video below Teigen, on the red carpet, with her husband, answers a question from a reporter: “Where was the strangest place you ever did it?” After some thought and banter, she answers “probably the Obama thing”. Legend seemed surprised that she’d even bring that up and refused to talk about it at all.

Even though Teigen apparently has love for Obama and a fondness of Pedo Island (although she fully denies that), she has outward distain for Trump. Probably not coincidently, Chrissy Teigen also holds on to a long time hate for followers of Q or QAnon.

If you think that her language in that tweet from 2019 was bad, there were worse. That is before she reportedly blocked over one million Twitter users, deleted 60,000 of her own tweets and set her Twitter account to private. The sad news for her is that once on the Internet, it’s always on the Internet. There are now a growing number of her old and disgusting tweets being recirculated on the world wide webs.

This woman, who used to be a “super model” appears to have some real issues. She is either sick or possessed.

Chrissy fat face is such a pedo. I hope she gets arrested and epsteined in jail.

Interesting that you bring up Donald trump, as he is on the flight logs. Why isn’t more being said about this?

That’s interesting Dennis – but FAKE NEWS! President Trump is not on any Epstein flight logs to Pedo Island – but he sure is encouraging prosecution and his Administration has gotten rid of the US District Attorney Berman who was holding up prosecution of these crimes, as well as those of the Clinton Foundation, and more “exposed” by Anthony Weiner’s laptop …. Hold on tight – it’s going to be a wild ride! #TheGreatAwakening