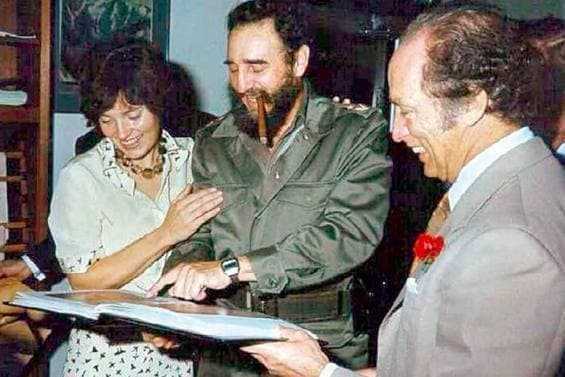 After a bit of research, it looks like this theory has been out there for awhile, but I don’t remember hearing about it before. I first saw it on Juan O’Savin‘s fast growing social media site 107daily.com. Friend me up – I’m Zen Chi.

What do you think? Do you think that Canadian Prime Minister Justin Trudeau’s love and respect for Fidel Castro were because he knows who is real daddy is? Is that the reason that he is leading Canada into communism quickly?

Of course the phony “fact checkers” Snopes and a bunch of their lame stream media co-conspirators have ‘debunked’ the theory, but it’s impossible to deny the resemblance. And from the photo above, it’s easy to tell that Margaret had a thing for Fidel …

I tend believe Karen Leibowitcz on her blog at Medium.com who wrote: Of Course Fidel Castro is Justin Trudeau’s Dad. Nobody Has ‘Debunked’ Anything – and then she presented evidence to back it up.

What do YOU think Patriots?