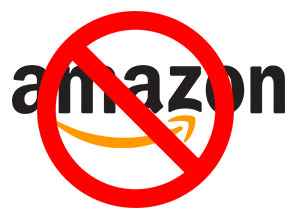 Ok y’all our great Republic of the USA is under major attack by the left, MSM (main stream media) and Big Tech, including Twitter, Facebook, Instagram, Google, Apple and now Amazon and their AWS (Amazon Web Services). While it is sure that Big Tech and MSM will pay a heavy price for increased and continued censorship of Americans – all Americans need to let them know that their anti-freedom actions are not cool – and will not be accepted.

While most of the major social networks including Twitter, Facebook and Instagram have suspended or deleted the accounts of President Donald Trump and other big name and influential conservatives, many, many of us had been banned or ‘permanently suspended’ for quite some time now. I was deleted from each long before the November 3, 2020 election. Simply because I do not share the beliefs being spewed by the left, demoncrats, MSM or Big Tech.

Once Trump was cancelled from social media, he and other influential conservatives were looking to other social networks like Parler. Parler enjoyed great gains in members in a few short days, but was soon put in the crosshairs of the corrupt Big Tech. First Google delisted Parler from the Google Play store so that Android users could not download the app. Soon after Apple removed Parler from the App Store.

As if this censorship from Google and Apple was not bad enough, Amazon has seen fit to cancel it’s AWS Amazon Web Services contract to host Parler’s platform. Not cool Amazon. I am boycotting. Cancel both my Prime accounts – censorship sucks. There is no place for censorship in a free America.

Writing Up a Storm and I Love Enterprise – Joe Connector

[…] I’m on my now daily writing spree. I just wrote an article on my conspiracy theory site about boycotting Big Tech – especially Facebook, Twitter, Google, Apple and Amazon. After writing this post, I will be heading over to start building out my new site at I Love […]