Mar 16, 2021 Biden Border Crisis, Disorder at the US Border, Federal Emergency, Kids in Cages, US Disaster 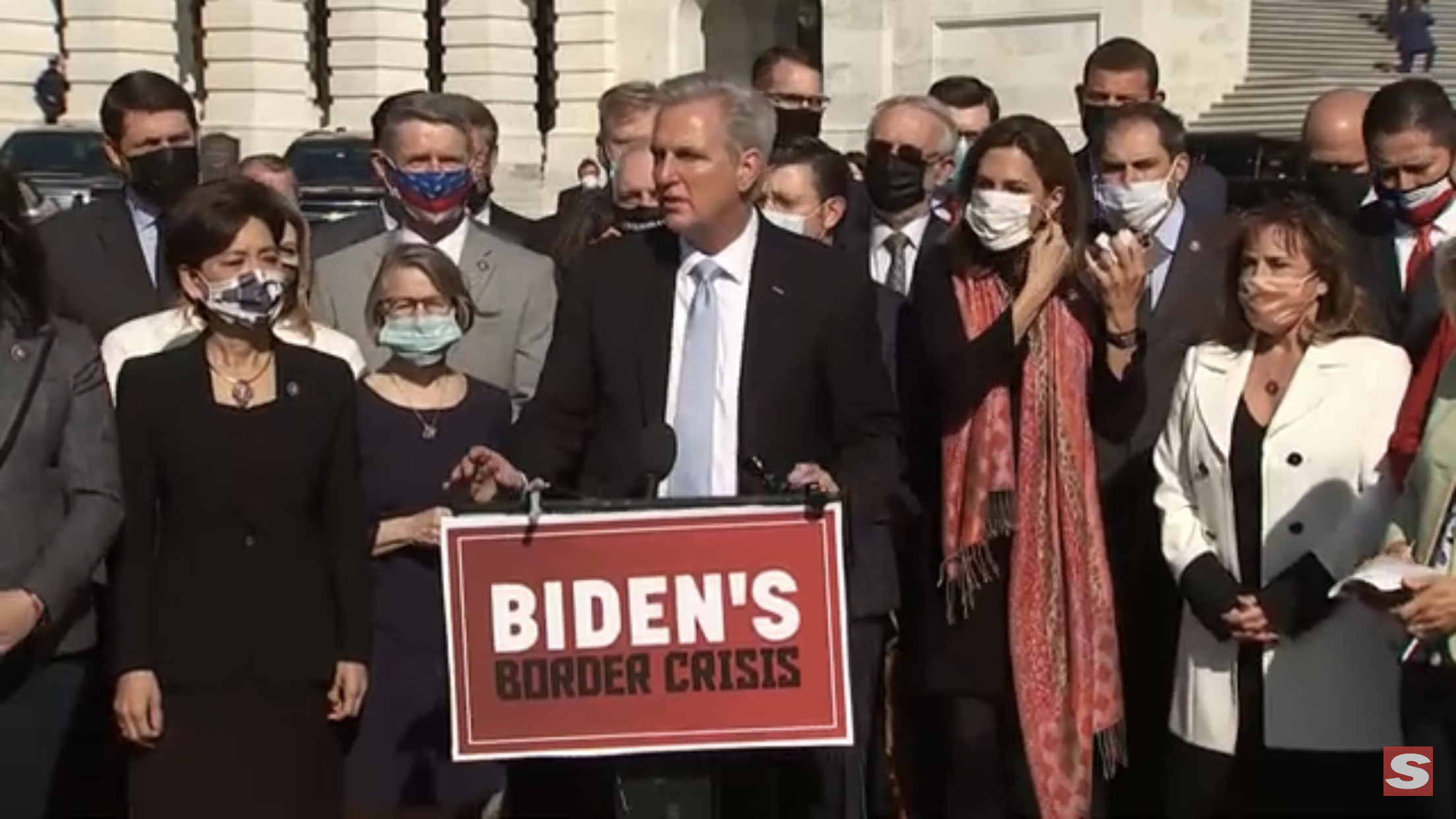 The immigration policies of the Biden Administration and the radical left, have created an immigration and humanitarian crisis that is going to extremely difficult to come back from. The Biden Administration has declared war on America – and their immigration policies are having a negative affect on ALL Americans – as well as those illegal immigrants who have been promised free health care, free education – and zero prosecution for entering our country illegally.

You have to ask yourself – why would any Administration want to encourage and allow mass illegal border crossings during a world pandemic? If they are so worried about the Covid-19 virus, why would they allow illegal immigration into the US when they KNOW that 15-25% of the immigrants have the Chinese virus. Don’t they realize that these illegal immigrants will likely spread more Covid around the United States, infecting and killing even more Americans – as well as their fellow migrants? OF COURSE THEY DO!

The Biden Administration is also well aware that the HUGE numbers of unaccompanied minors (children) is steadily growing out of control. The US Border Patrol simply does not have the resources to deal with them – but the drug cartels continue to send more and more children here, know that they are overtaxing the system and resources – which makes it much easier for the cartels to smuggle in their highly poisonous and toxic drugs and narcotics.

Still the ‘elected’ democratic representatives and senators continue to vote for and encourage these policies that are against the US constitution and US law. They are actively declaring war on our United States every single day and should be brought to justice immediately.

These radical democrats are the same people who have encouraged violent looting and rioting in liberal cities, while instituting crazy life altering lockdowns on American citizens and their businesses. They claim that these new immigration policies are humanitarian, but ignore the fact that thousands of these migrant women and children are now being trafficked and many of them sexually abused at the hands of the cartels who simply want to destroy the American way of life.

The demoncrats have refused to acknowledge that they have and continue to create a real CRISIS on our borders and beyond – but now the Biden Administration has responded not by changing back their whacked out immigration policies, but by bringing in FEMA to deal with the situation. They won’t acknowledge that they have created the Biden Border Crisis, but do send in their agency to attempt to deal with the DISASTER they have created.

Pray for America and those poor migrants that are being used as pawns in the evil games being played by demoncrats and the Biden Administration.

[…] BTW – Happy (belated) Saint Patrick’s Day! (I had a single Blue Wave and went to see the movie Crisis – not to be confused with the ongoing Biden Border Crisis). […]

[…] Biden Border Crisis: Disorder at the Border by Executive Order […]

[…] surge our borders – causing a HUGE humanitarian and public safety CRISIS here is America. The Biden Border Crisis, created by Biden imploring people from other countries to surge our border, is indeed importing […]

Biden Border Crisis: Is Joe Biden Getting Paid by the Cartels? – QAnon Fun and The Great Awakening

[…] what is supposed to be a global pandemic? Why are they prohibiting the media from reporting on the Biden Border Crisis? Are they afraid of Americans actually seeing the crisis that they have created? Rhetorical […]