It’s Not About Masks 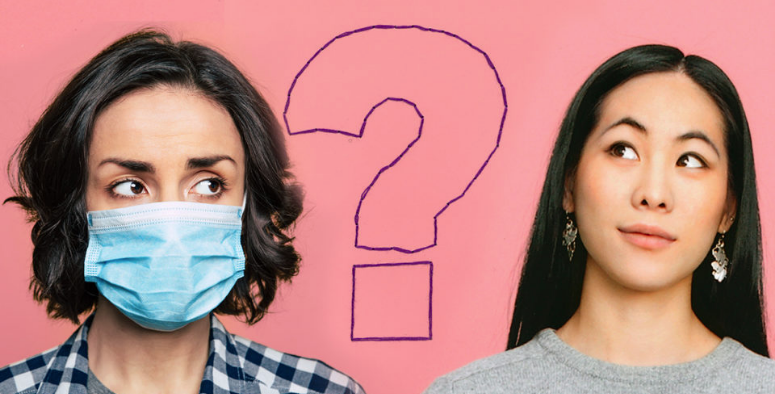 It’s not about masks.

In 4 months, the U.S. transformed into an obedient socialist country. Government dictated what events are acceptable to attend. Violent protests that instill fear are OK but church services, family funerals and patriotic celebrations are dangerous.

And you bought it without a fight.

Standing in a graduation line is a “safety hazard”. Small businesses were forced to close but crowds to support the corporate money machine at WalMart, Lowes and Home Depot are OK.

How about a little hush money. Here’s $2,400 that we stole out of your pay check in the first place. Enjoy. Buy something with it. From a big corporation.

Cash is dirty. We can’t give change. There’s a coin shortage. Use your card.

In 4 months, they convinced you to use a traceable card for everything.

In less than 4 months, government closed public schools then “restructured” education under the guise of “public safety”.

In less than 4 months, our government demonstrated how easily people assimilate to “guidelines” that have NO scientific premise whatsoever when you are fearful.

In less than 4 months, our government successfully instilled fear in a majority of the population in America that allows them to control every aspect of your life. Including what you eat, where you go, who you see and your toilet paper.

And the most dangerous and terrifying part?

People are not afraid of the government who removed their freedom.

They’re afraid of their neighbors, family and friends. And they hate those who won’t comply.

It’s absolutely terrifying to me that so many people don’t question “authority”. They are willing to surrender their critical thinking skills and independence. They just… gave up without thinking. Without a fight.

Do you know what’s coming next?

“It’s just a vaccine. Come on. It’s for the greater good”.

To everyone that doesn’t believe this is possible – DO YOU UNDERSTAND that government successfully dictated to people WHEN they were allowed to be outside, where they were allowed to go, and how their children would be educated in less than 4 months? And that a majority of the population followed blindly because they were told to do so.

You’re kidding yourself if you think this behavior won’t be repeated with a vaccine. Or whatever the next step is.

6 million Jews were exterminated in Germany because 97% of the population cowered to populist control. Nobody wanted to think about it.

It’s easier to just ignore it.

But that couldn’t happen here, right?

So Comply if you want to, but I am not a sheep and I will not comply!!!

(Copy and pasted from an unknown source on Facebook)

[…] Health Organization and even the US CDC just does not add up. The other day we had a post called It’s Not About Masks – and that is definitely my […]

Clowns in America / CNN: Americans continue to lose confidence in Trump – Now You Can Comment on Posts from CNN

Of what benefit to the Deep State is a compliant population of mask wearers? Facial recognition software won’t work… Seems like that by itself would shoot down this conspiracy theory. And using “a traceable card for everything” seems naive. Do you have a cell phone? GPS. Do you use social media on the Internet? Tracking cookies. Ever bought something from Amazon, done a search on Google, or own an iPad, iPhone, or any other Apple device? Mega Corporations get your info and sell it to each other. Giving up our freedoms out of fear? We gave up our freedoms out of a desire to see cat videos online. When you registered this domain you provided very detailed personal information. You too are guilty of exactly what you claim about the Left, the socialists, the commies, the compliant… Step back from the keyboard, look out the window, take a deep breath and relax a little bit. It’s going to be okay. Once the vaccine is ready resistance is futile. It’s not compliance, it’s assimilation.

Thanks for your input Brian. The fact is that people are scared because of the BS that media keeps feeding us.

My 3 year old said it best the other day “I hate masks! Masks scare people!”

It’s fine if you want to wear a mask – I don’t care, it doesn’t bother me – just don’t do it for me – I’m healthy. I find it hard to breath when I have to wear a mask and have common sense enough to realize that over half the masks being used either do not protect from a virus and/or are used improperly.

Feel free to continue to be scared, stay inside, peddle fear and get in line for the vaccine … You won’t find me or my family in that line.