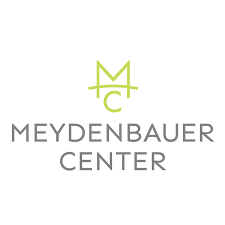 Meydenbauer Center, a full-service convention center and theatre located in the heart of the greater Seattle tech scene in Bellevue, Washington, is celebrating its 25th anniversary by looking back at what has changed since its beginnings in 1993.

The highlights of Meydenbauer’s contributions to the city of Bellevue—in response to the growing need to have a central meeting place for business and social activities year-round—are plentiful. For example, since 1993:
· Bellevue’s population grew 59%, from 89,710 to 142,000, while the economic impact of the convention center grew by 365%, to $58 million annually.
· Bellevue’s downtown employment more than doubled, to over 50,000, as new office towers opened and many companies opened offices in the downtown core, utilizing the convention center for meeting space.
· The convention center provided a venue for fundraising organizations to grow. Funds raised at Meydenbauer Center have increased from $2.4 million in 1998 to over $9.1 million today, a 379% increase.
· The makeup of the city moved from majority white to majority minority, and the convention center kept pace, with a mosaic of cultural offerings, a diverse workforce and increasingly sophisticated food.

Bob Wallace, CEO of Wallace Properties and past board chair of the Bellevue Convention Center Authority, was one of the earliest proponents of bringing a convention center to Bellevue. “In 1993, we had a few hotels and knew that attracting larger groups was essential in order for the visitor industry to grow in Bellevue,” said Wallace. “Now, we’ve become a major destination for events and large group business thanks to the early wisdom of many in the city.”
Today, Meydenbauer Center boasts a 54,000-square-foot facility, complete with a 410-seat performing arts theatre. Since opening in 1993, the convention center has served more than four million attendees and has had revenues of more than $145 million.
But numbers alone don’t capture the whole story. The convention center has proven to be a desirable place to work, an engine of the region’s economic growth and a reflection of the community.
As an engine of growth
The cumulative economic impact of Meydenbauer Center over its 25 years has been almost $600 million. Because Meydenbauer Center is one of the few convention centers of its size to operate profitably, Bellevue has gained these benefits through strategic investments timed appropriately with the growth of the region. Bellevue’s hotel industry has added over 3,000 hotel rooms and 150,000 square feet of meeting space over 25 years and boasts a robust occupancy rate of 73%. In 2017, Bellevue employed over 14,000 tourism-related workers, according to the Puget Sound Regional Council, and welcomed more than 1.7 million visitors.
“Meydenbauer has been and will continue to be the catalyst for Bellevue’s innovation—it’s the place where business gets done, and we’ve seen this throughout the past 25 years,” said Stacy Graven, CEO of Meydenbauer Center and an employee since 1991, before Meydenbauer opened its doors. “We’ve been fortunate to hire and retain incredible employees that have fueled our growth and provide us with the ability to execute dynamic, first-in-class guest experiences, meetings and events.”
Tourism has fueled the growth of new amenities in the city center, including celebrated restaurants by award-winning chefs, attractions and annual events, and a vibrant nightlife, making Bellevue an attractive destination for meeting planners and convention delegates as well as leisure visitors. Those who live and work in Bellevue also enjoy these new amenities, amplifying Bellevue’s quality of life and attractiveness for business recruitment.
As the arts and entertainment on the Eastside have grown, the Meydenbauer Center Theatre has gradually become a hub for community-based performing arts over the years. The theatre showcases dynamic music, dance and cultural performances from around the world, as well as local and touring productions, including the Sammamish Symphony Orchestra, the Bellevue Youth Symphony Orchestra, Bollywood-inspired dance productions, Chinese opera and dance, the Bellevue Jazz Festival, youth theatre productions and several regional ballet and modern dance groups.
As an employer
Today, Meydenbauer Center employs more than 170 people in a wide range of positions, from banquet servers and facility crews to administrative staff, including some 35% who have been there for more than five years and 9% who have tenures over 15 years. This impressive employee longevity, a reflection of Meydenbauer’s employment practices and leadership, is notable in the hospitality industry and it has resulted in an elevated culinary program, first-in-class operations and superior customer service.
As a reflection of the community
Meydenbauer Center has always mirrored and supported Bellevue, from its technology focus to its varied cultural offerings to its commitment to local charities. As Bellevue has become bigger and more diverse and sophisticated, Meydenbauer has upgraded its interior décor and technology offerings, elevated its catering and food options, and been the home to several premier cultural events, from East Indian dance concerts to Filipino bands to a Japan Fair and more. It functions as the conference room—for board meetings, company retreats or sales meetings—for many local companies, including Microsoft, Paccar and SAP Concur. Many large nonprofits in the region host galas and fundraisers there, because it is the largest such facility on the Eastside, raising more than $130 million in support of schools, housing, healthcare, social services and other important causes since 1998.