Is It Possible for a Guy to #sweatpink at #ideaworld #fitness #blogfest ? 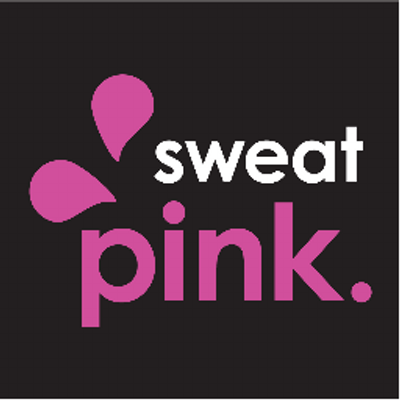 Can a Guy Really #sweatpink at Idea World BlogFest ?  Would I Want To?

Since I am in active recovery from being part of “the media”, I didn’t want to rely on getting media passes for the convention and expo – so I applied to attend as a fitness blogger and part of Idea World’s “#blogfest”.  Even though not one of my fitness blogs or sites are yet current or coherent enough to be considered ‘professional’, I was accepted for Blogfest – which grants me a pass to attend the convention, expo and a few extra events and meetings for influencers in the health, fitness and nutrition space.

After being accepted to attend Blogfest, I joined the  2018 IDEA World BlogFest Attendees Facebook group .

I didn’t really have much to contribute, but did introduce myself and my blog as requested.  And I read the posts.  Since I’ve never attended a BlogFest or Idea World Expo before, I don’t know what to expect.  After reading many of the posts, I’m learning that it is going to be mostly women, wanting to hang with women.  I’m okay with that – especially considering that I am both a stay at home dad and an online fitness coach with Team BeachBody – two spaces traditionally heavily dominated by women.

What I am not ok with is all attendees of Blogfest being referred to as ‘ladies’.  It’s not cool (or smart) to assume anything – especially that anyone into fitness and blogging would be of the fairer sex ….  To be brutally honest, it is a major turn off …  It doesn’t make the ladies or the event any more appealing at all.

My question for YOU and the organizers, attendees and sponsors of Idea World’s BlogFest – is it possible for a guy to #sweatpink at #blogfest ?    Not sure what that even means, but is it something I should aspire to?

I’d love to connect with other bloggers and fitness enthusiasts (as well as sponsors looking for fitness influencers) while at BlogFest:  just look for the 55 year old guy, with curly shoulder length hair and 10% bodyfat who is pushing around my beautiful baby girl in her #pink stroller …  (or contact me via JoeAbs).

You can totally Sweat Pink with us Ladies. This will be my third year and I always meet a few gentlemen.

Honestly, never thought of their perspective with a room full of women. Despite it being mostly women the topics that you are going to learn are gender neutral and will help you boost your blog and online business. The experience at the convention and expo is valuable too.

I will be sure to introduce myself if I can pick you out in the crowd? and just between you and I my sweat has no color ? but #SweatPink Ladies are pretty accepting of that….See you soon!

This is my 3rd year at Sweat Pink and I have always seen a few men.

Honestly, I never considered their perspective. Despite the room being filled with women the information, topics and connections are gender neutral. They can help both men and women grow their business and blog. The experience at the Convention is inspiring, motivating and educating. Again, all sexes can benefit.

I will be sure to introduce myself if I can pick you out from the crowd. A little secret between you and I my sweat has no color but the #SweatPink Ladies still accept me just as I am. I look forward to connecting with you soon.

You know a lot guys would kill for that ratio. Enjoy it. Snag free samples from a bunch of companies and look for brands to collaborate with. You’re gonna be hit with a lot of info. Some will work for whatever you’re trying to create and other info will be in or ear and out the other.

Have fun with it. I doubt anyone means to be exclusive in the event and they just acknowledge the overwhelming majority of their audience. It is blog/social media event and I think everyone knows the first part of that is being aware of their audience.

Thanks for the great advice Tim. I’m good with the ratio, just get tired of being referred to as ladies or girls. It might hit home here especially hard, since I am a Stay at Home Dad …

I’m definitely looking forward to the event – making some really great connections, and figuring out ways I can best contribute.

You are right about knowing your audience and I know mine is probably different than many (most?)in the group!