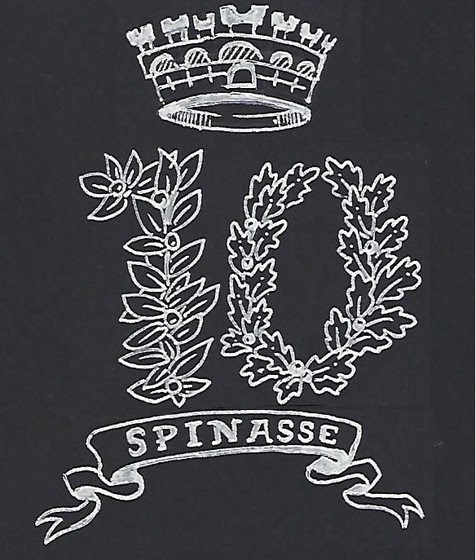 Spinasse has secured a spot as one of Seattle’s most notable and popular restaurants. The restaurant has struck a chord with both locals and visitors with its warm interior, casual, yet professional service, and commitment to the food and wine from Italy’s Piedmont region. Spinasse’s accolades are many, including a feature on the Food Network’s “Top 5 Italian Restaurants” and One of Seattle’s “Best Neighbourhood Restaurants” by Virgin Atlantic. Conde Nast Traveler, in its Seattle City Guide said: “Welcome to spaghetti church, where pasta worshippers come to praise. Spindly wood chairs, lace curtains, and rustic ceiling beams bring a monastic brand of beauty, but the overall austerity signals that food is the focus here.”

In 2018, Spinasse marks its 10th year. Started by Chef Justin Neidermeyer in 2008, Spinasse was a tiny trattoria. Justin had the notion to serve pasta from Northern Italy and he traveled to Barbaresco to learn how to make the restaurant’s renowned tajarin noodles. His artisan touch and deft handling of pasta took Seattle by storm. Working with Justin was Chef Jason Stratton. When Justin left the restaurant in 2009, Jason took over the kitchen and the restaurant garnered major acclaim. With greater demand for the pasta than the restaurant could accommodate, Spinasse took over the business next door and doubled its seating capacity. A pasta station and window were added and the coveted counter seating was extended into the new space.

In 2010, Chef Stuart Lane started at Spinasse and worked there until 2011. Jason and Stuart knew each other from their days working with Chef Holly Smith at Cafe Juanita. Joining them was Chef Carrie Mashaney, also a Cafe Juanita alum. In 2013, Stuart assumed the role of chef de cuisine, overseeing the kitchen as Jason took on other projects. In 2015, Jason left the business and Stuart became the executive chef for both Spinasse and Artusi. Says Stuart: ” I’m honored to continue Spinasse’s legacy, following in the footsteps of these terrific chefs. It is important to me to uphold tradition, but I recognize that it is also a living cuisine. I am open minded to new things happening in Piedmont and ingredients from the Pacific Northwest that keeps us vibrant and contemporary. While we have been successful, I will never say that we are perfect. Every day, we speak with our staff about improving the guest experience and continuing to raise the bar to take us into our next 10 years.”
General Manager, Angela Lopez, came to Spinasse in 2013, starting as a bartender and server and moving to her managerial role in 2016. Says Lopez: “Spinasse was one of the restaurants where my wife and I always came for a special occasion. I always felt like we were getting quality products and service without any stuffy formality. To this day, our guests tell me that we continue to deliver with the same attention to detail and consistency that they encountered 3, 5 or 10 years ago. We are not trying to recreate the wheel and I think that is what people appreciate.”
In celebration, Spinasse will be marking the occasion with a festive, public cocktail party and Italian winemaker lunch.
A party for the decade! Fans and friends, old and new, are invited to attend Spinasse’s 10-year cocktail bash and raise a glass in good cheer! Join the Spinasse team for a cocktail reception followed by lots of great food, cocktails and terrific wine. {Please note that Artusi will be open as usual}
In 1896, the Viberti family began as restaurateurs before becoming winemakers. They purchased an inn in the upper part of the village of Barolo and called it Buon Padre, “good father”, known for the generosity to its guests. The restaurant was located on the road that linked the Barolo village with the valley around it, but the name Barolo itself became associated with the best wine produced in the area, which is why it is called Barolo di Barolo.
In 1923, the commitment and passion that the family put into the restaurant convinced Claudio’s grandfather Antonio Viberti to start making a house wine for his restaurant. Claudio’s father went one step further and planted more vineyards, supporting the Barolo with Dolcetto d’Alba and Barbera d’Alba.
After the family began exporting overseas in the early 1970s, they began to look ahead beyond
the classico of Buon Padre and, in 1988, they had the first releases of their single-vineyard Barolo wines from their oldest and best parcels, and these became Bricco Delle Viole, San Pietro and La Volta.
Read more Events at Bellevue Business Journal.